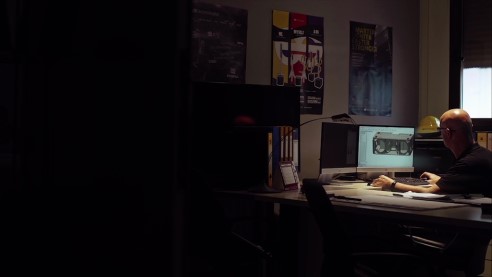 How a new project is conceived
The creative process behind a new audio system is a path that is both simple and articulated.
The initial seed is a note, a sketch on paper, an intuition frozen in the stream of thoughts and information coming from a 360° research, market demands and feedbacks from end users. Once the idea is captured, a first feasibility analysis "on paper" begins: not all the interesting ideas are immediately attainable, the "cons" can overcome the "pros".  A fundamental part of the creative process lies in the ability to adjust the target until the right balance is found, so that you can see the spark that will bring a new dBTechnologies audio system to life.
BETWEEN HISTORY & INNOVATION 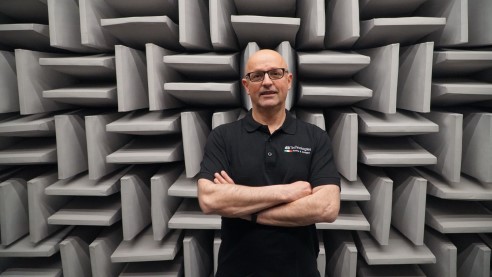 "The approach to audio system design has been completely revamped by three-dimensional design and simulation tools. Thanks to these tools, the transition from the idea to the product has been dramatically reduced. This means more reliability and more time for creativity.
That's why nowadays we think in 3D!" 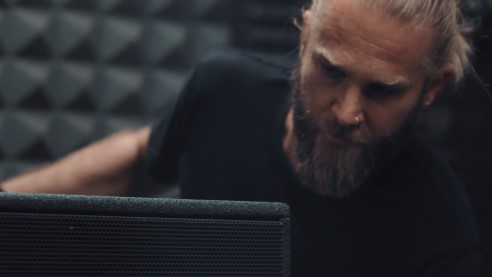 Laboratories and Operating Units
dBTechnologies' Research & Development Department is structured in different laboratories, independent but interconnected, structured with the talents and the facilities necessary to quickly produce a working prototype of the future audio system.
To date, the operating units are the Laboratories of Mechanics, Acoustics, Electronics, Software and Certification. Thanks to the collaboration among professionals from the various units, the idea sketched on paper quickly becomes a real audio system, ready to be tested and, if necessary, modified, until it meets the quality standards and typical dBTechnologies "taste".
THE WORKFLOW 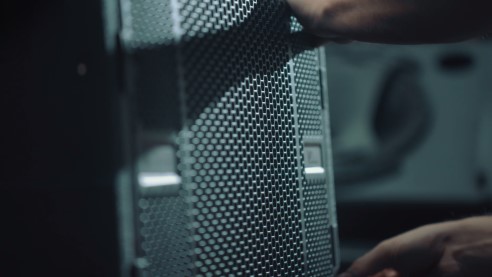 Once the feasibility study has been validated, the structured study path begins, which will lead to the creation of a new sound system.
Under the supervision of R&D director Claudio Ottani, the Acoustics and Mechanics teams organize all the activities necessary for the transition from the initial idea to the "physical" creation of the product: a prototype that will be tested in depth and modified until it fully responds to the given requirements.
MECHANICAL DESIGN 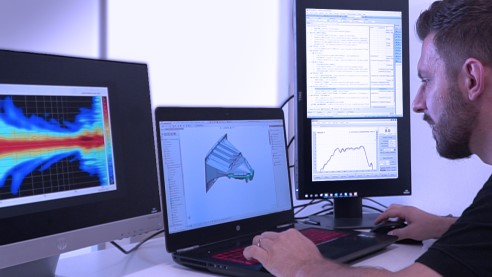 Acoustic & Mechanical simulations
This is the moment when mechanical and acoustic design define the product in detail and the simulation phase starts; only when all the details are matched and the idea works virtually, the projects are transferred to the prototyping department. 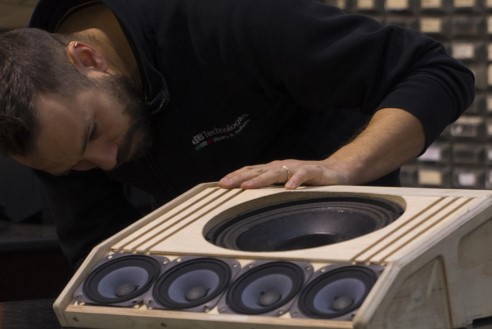 During this phase the idea takes its shape: the prototype is entirely handcrafted within the  R&D department, whose spaces are equipped with carpentry, 3D printers for rapid prototyping and a workshop (for metal parts).
Once ready, the prototype verifies the mechanical feasibility of the initial idea.
ACOUSTIC DESIGN 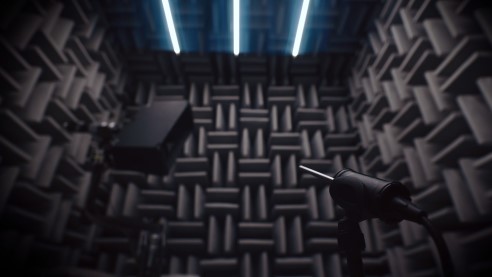 Subsequently, the prototype is transferred to the acoustics unit, where its sonic soul is defined. In this department all the necessary measurements are made, all the simulations verified and, most importantly, there is room for listening: there is no software that can replace the human "feeling", that particular interaction among ear, body and emotions immersed in sound.
When the engineering fully matches with the  emotional side,  when the sound acquires its personality and fits in dBTechnologies' taste,  then we can finally state that the idea is complete.
MECHANICS' AND ACOUSTICS' TEAM 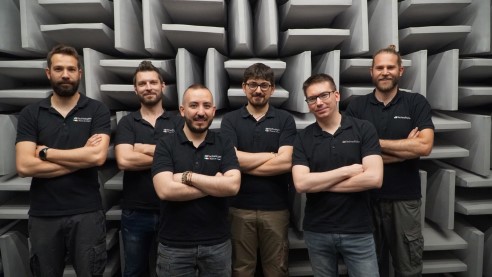 "When we listen to a new box, we must feel immersed in the sound... and only when the scientific side  embrace our taste, and we got goosebumps, only then we can assert that a new product is born."
Roberto Savegnago
Head of Mechanic and Acoustic Design Department
ELECTRONIC DESIGN 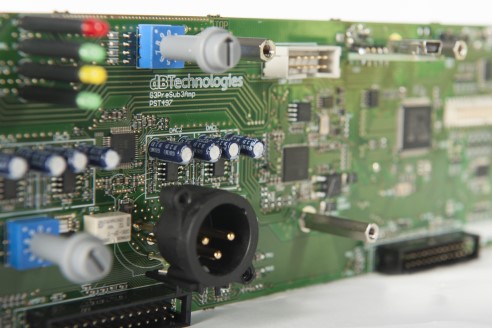 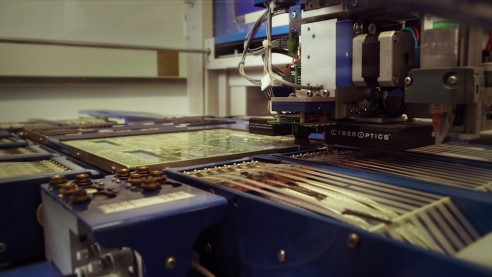 The idea behind this unit's organization and workflow is to build a very fast design line in order to get working ptototipes of pre-amplifiers and amplifiers in a very short time.
That's why the unit is equipped with a complete internal assembly line comprising a pick & place machine.
Of course, the first part of the department's work is dedicated to a 360° research and study of new technologies and applications.
This is followed by a development phase in which hardware and firmware engineers work together to builld prototypes which will be tested and modified internally when necessary.
ELECTRONICS TEAM 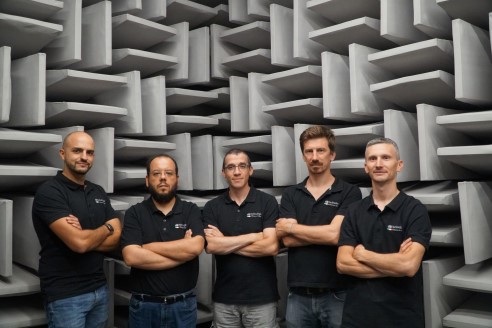 The team of the Electronics Unit is entrusted with the conception, design and engineering of the on board electronics of the professional series of the brand.


"The team actively participate in all phases of electronic design, from conception to testing, until we have a finished product in our hands"
Daniele De Cagna
Head of Electronic Department 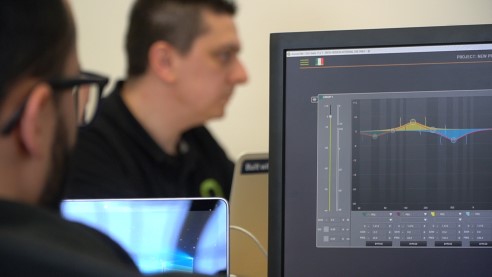 The Software Team is primarily responsible for the design and development of Aurora Net, the software for real-time monitoring and control of all professional dBTechnologies systems enabled for remote control. As a result, the software team makes the work of the electronic design and firmware team accessible to the end user in a fast and intuitive way.
The team comprises the developers who deal with the updates and evolutions of Aurora Net, the implementation of new functions, the management of all low-level communication libraries, the communication infrastructures that allow the control software to interface with audio devices, and, finally, the graphic development of all user interfaces.
ON SITE TESTS 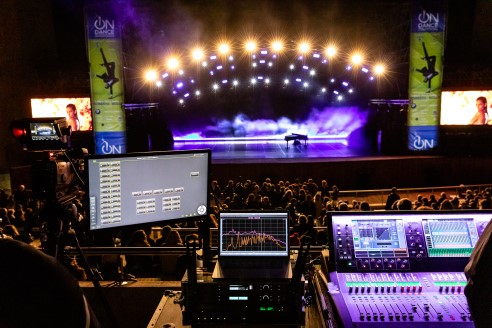 Beside developers, an important part of the team is an audio technician supervising the development of the software at 360°, from the drafting of the initial specifications to the debugging and use of the software on the field.
Great importance is given to the constant communication among designers, product specialists and end users. All the developers work closely with Application  Engineers and the Market Analyst, with whom the development specifications are validated: each new feature is in fact born from the collection of feedback and from the real needs of audio technicians, sound engineers and other audio professionals.
SOFTWARE TEAM 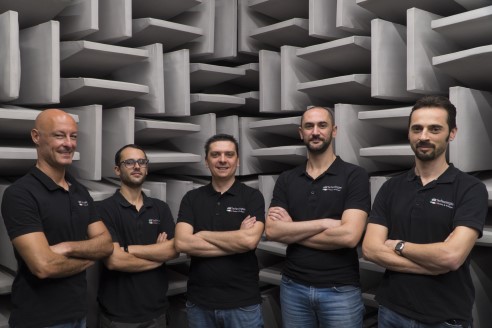 "A fundamental part of our work is the observation in the field: we can see how the software is used in real contexts and we deal directly with the end users."
Dario Fortini
Head of Software Department
CERTIFICATION OFFICE 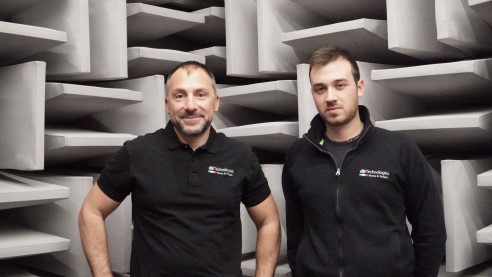 The Certification Office is conceived as an operational unit within the Research & Development Department.
This formula allows to streamline the homologation process of devices that must comply with the regulations of all countries where the brand is distributed.
"The Certification Office is involved in the department's workflow from the very beginning of the creation process: the aim is to work alongside the designers, in the need to comply with the parameters dictated by the regulations from the early stages of design." 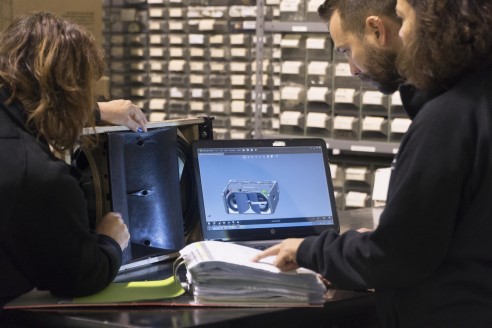 The path towards PRODUCT ENGINEERING
Conceived as an information centre and a bridge between Research & Development and the other departments of the company, the Technical Office is at the same time responsible for the engineering of products and the "metronome" of planning, marking the timing and methods of the articulated path between the idea and mass production.
The Technical Office is the operating unit responsible for planning and monitoring the timing of the process that leads to production: a real hub for collecting and sorting information that connects R&D, purchasing office, sales department, suppliers and production managers.
PLANNING 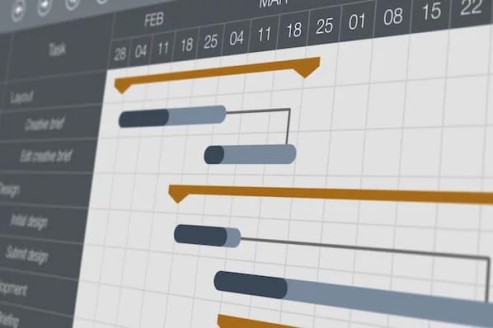 From the earliest stages of product creation, TO acts in support of the Research and Development Department in the feasibility study and technology scouting activity.
Once the feasibility of each project has been verified, TO takes action to plan implementation times and priorities, combining criteria and needs of designers, production managers, sales department, as well as suppliers.
Subsequently, TO proceeds with a constant monitoring of project progress, in order to optimize timing and costs.
Once the prototype has been validated, TO starts the pre-production phase, in order to set the parameters for future productions.
From this moment on, TO takes charge of the drafting of all the technical documentation necessary to other departments such us Production (e.g.assembly instructions), Quality Control Office, After-Sales Department, technicians and repairers.
TECHNICAL OFFICE TEAM 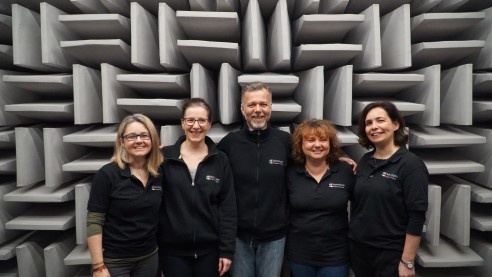 Widespread skills
The TO Team is made of professionals with a solid technical training; each one of them owns the necessary skills to follow the whole process from the idea to the final production.
"The work that precedes the production is conducted by several units that work in parallel with continuous exchanges. The Technical Office acts as a bridge among the various units, implementing the time planning and making available the documentation needed to transform the idea into the actual production of a dBTechnologies device".
Stefano Roccatello
Head of Technical Office
分享到：
更多资讯请关注传新官网 www.dmtpro.com.cn 和传新微博 weibo.com/dmtpro